Start a Wiki
The Skybound are a group of pure-blooded youngling Titans born in the Stormlands. They serve as secondary playable characters for Revenant.

They play differently to the other character set in that, whilst being physically more powerful due to their nature, they have a few massive drawbacks that make them especially vulnerable. Players may not necassarily be able to 'choose' when they can utilise them in missions, as the nature of their species means they can potentially be very over-powered in cerain scenarios.

The character's gameplay strategies rely on the presence of older, more experienced Titans to be truely combat effective - particularly their brood-father.

The Skybound brood were born in the Stormlands, under the belief that they were children of the Rainmaker. As with all pure-blooded Titans, they were born with inherited intelligence that allowed a certain understanding of logic and language from the moment they hatched. Despite this, the brood was remarked as being particularly small for their species, and having incubated inside their eggs for over ten years rather than the traditional five.

Their true broodfather, Wyatt Masher, eventually located and reclaimed his children, and took them back to Amun-Seth, where they were raised for the early years of their lives.

The Skybound are distinguishable from other Titans from their lack of clubbed or spiked tails, larger crests and multitude of spines, which cover the entirety of their bodies. They have thinner scales and less dense muscle structure than other Titans, therefore weigh far less. Whilst most Titans also have five fingers on each of their feet, the Skybound only have four.

These characters are currently incapable of flying or using their breath attack. These abilities will develop at a fixed point in the future.

In order of their birth: 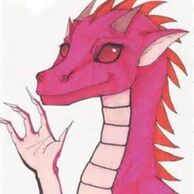 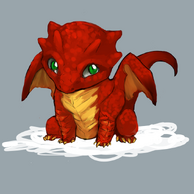 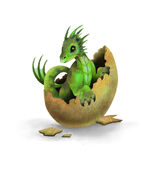 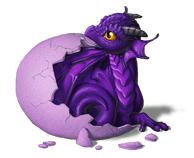 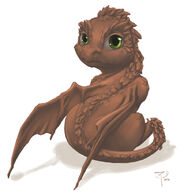 Echo
Add a photo to this gallery

Titans have three main powers they are able to take advantage of.

Retrieved from "https://mapzor.fandom.com/wiki/The_Skybound?oldid=18965"
Community content is available under CC-BY-SA unless otherwise noted.