Start a Wiki
Banalon was a small city on the northern end of the Banana-Oasis in the Bananalon United Nations Administered Territory. Originally disputed by Kaneland and DPRSJ, they later agreed with the UNGA to make it a UNAT.

Following a high stakes game of bowling between world leaders held at loveshack the Bananalon was given to Dalania who won the game.

Situated in the desert of Sharks means Bananalon has historically been prone to raids by bandits and has been a very unstable place, it therefore benefits from UN funding in the same way the Loveshack does. Though it does not receive funding to the same extent, it is also not hampered by UN duties to the same extent either. Like the Loveshack it is self-governing whilst the UN have the last say. Unlike the Loveshack it is not built for the sole purpose of serving the UN, they simply host a few outreach facilities such as the airfield.

Bananalon is a conservative society and despite relations with the UN is generally isolationist. The religion of the Bananalon UNAT is divided between Lunacy and Spiderpig.

Bananalon is most famous for being the home of the Banana tree of knowledge.

Update: Bananalon was taken by stahl in war 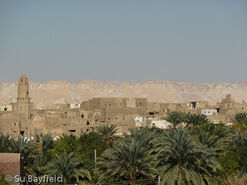 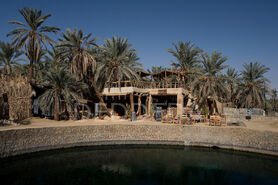 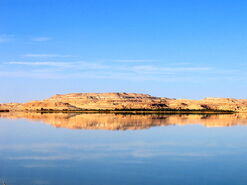 View from the Oasis 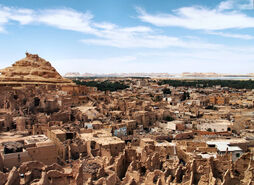 Outskirts of Bananalon damaged by war
Add a photo to this gallery
Retrieved from "https://mapzor.fandom.com/wiki/Bananalon_(Arsinos)?oldid=16565"
Community content is available under CC-BY-SA unless otherwise noted.