List of individuals signing up to run for president of the world. This list is subject to UNEC/UNGA discussions on candidate eligibility. The timeframe and method of election is also as of yet to be determined

Current president of Novak, Promoter of Randocracy and already involved in global integration through URPA. would turn the UNGA into a representitive randocracy modelled on the Lotiripol system and model global integration in a similar manner to URPAs governates.

Sultan of Isimzia, has a cool hat.

Highly respected businessman based in Paramoria and all around charmer, as well as the star of Doctor Who, Shark Attack 3, Arrow and several BBC musical things.. One flash of his winning smile will immediately make the adoring public flock to him. "Hey, how 'bout I take you home, and run through the international agenda..." Barrowman during his campaign has been known for his controversial attacks on corrupt establishments, gaining many followers out of disillusioned voters, and using somewhat controversial computer hacking methods to campaign.

Former Overseer of Dalania, Arkos has a deep understanding of what is best for people, and the best way of implementing what is needed. Calm and welcoming, Arkos is a man both trusting and easy to trust. His leadership would not be with as much charm as some of the other candidates, but his calm reasoning and soothing voice are more than a match.

Former 3 time UNEC councillor first for Lupaia then the Dark Crusade, HGT has expressed interest in running for present with supporters citing his experience in global governance as his advantage.

The only UNEC councillor to have served three consecutive terms, Grytpype Thynne is one of the UN's longest serving members; alongside UN veteran Laina he is one of only two members two have served on the UNEC three times. Firm but fair, he has represented Lupaia for as long as anyone can remember. His unique brand of realpolitik often has his detractors label him a firebrand and revolutionary, but those who have worked with him know this could hardly be further from the truth. He strives to reach the best outcome in every situation, but is keenly aware that this is rarely the outcome the people want.

With a lifetime of experience in govornment, a family man with an instantly recognisable style and reassuring smile vote for Kane to get the president you've been waiting for.

If Kane becomes president he will stand down as president of Kaneland to give Arsinos his full commitment.

Governor of Amun-Seth. Considers himself a bit of a badass.

Chancellor of the Federal Republic of Stahl, rumored to have had positions in UN in past.

Put-in your vote for a strongman leader today

"Hey guy, vote for me and I'll give you a 10% bonus on your next purchase of Canadough!"

An old lady flying a plane, what more do you need? Cake and biscuits? Well she's got them too! 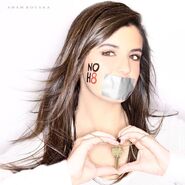 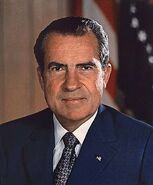 R.Nixon: Would this face lie to you?

Putin with his pup

Ula the Cat
Add a photo to this gallery

Retrieved from "https://mapzor.fandom.com/wiki/Arsinos_Presidential_Candidates?oldid=16563"
Community content is available under CC-BY-SA unless otherwise noted.