The first debate was the main and official debate of the Arsinos Presidential Election and took place prior to the first series of run off votes. 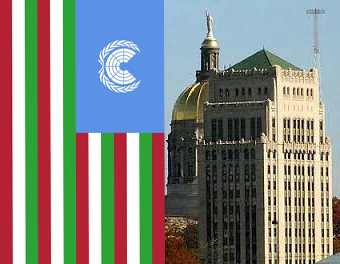 The first debate took place in the town hall of Loveshack city, overseen by many UN personel and open to the public. Originally the AUNGA building itself was suggested but the town hall was considered to be more inclusive.

12 of the original 13 candidates were under consideration after former Councillor HGT stepped down from the race.

Retrieved from "https://mapzor.fandom.com/wiki/APE_Debate_1?oldid=16732"
Community content is available under CC-BY-SA unless otherwise noted.